ORLANDO, Fla. (AP) — The nation’s first regional hub for “flying cars” is being built in central Florida and once completed in five years, the vehicles will be able to take passengers from Orlando to Tampa in a half hour, officials said Wednesday.

The aircraft will be supplied by Lilium, a Germany-based aviation company that manufacturers the industry’s only five-passenger “electric vertical takeoff and landing” aircraft. At the moment, the Lilium Jets can travel up to 185 miles (nearly 300 kilometers) on a one-hour charge.

Passengers wanting a ride on the aircraft will be able to book reservations via their phones in a way similar to ride-share companies Uber and Lyft, officials said.

The vehicles flying and landing out of the Lake Nona Vertiport will accommodate four passengers and a pilot. The cost will be similar to a first-class fare, though the price will likely go down as the service becomes more popular, officials said.

Unlike airplanes and helicopters, the vehicles offer quick point-to-point personal travel, at least in principle. They could do away with the hassle of airports and traffic jams.

Battery sizes, air traffic control and other infrastructure issues are among the many potential challenges to commercializing them, according to experts. Experts compare the buzz over flying cars to the days when the aviation industry got started with the Wright brothers and the auto industry with the Ford Model T.

The Lake Nona Vertiport has applied for approval from the Federal Aviation Administration and Department of Transportation. 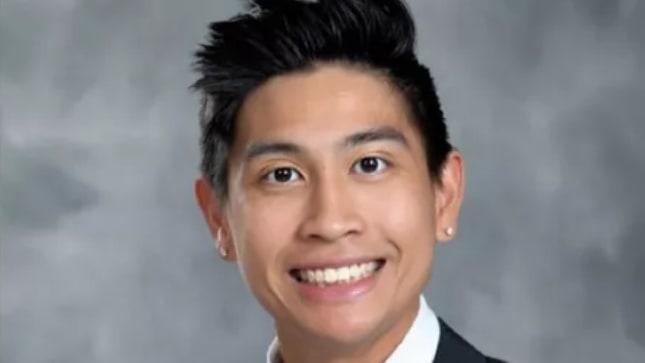 On November 19, Nathan Valencia, a 20-year-old Las Vegas college junior and fraternity member, fought a member of another campus fraternity in the “main event” of an annual boxing match.

According to an Instagram flyer leading up to Kappa Sigma Fight Night, proceeds for the annual event were supposed to support Center Ring Boxing, a youth boxing club in Las Vegas.

According to KLAS-TV, Valencia, a member of the Sigma Alpha Epsilon fraternity at the University of Nevada, Las Vegas, collapsed shortly after his bout. Four days later, the outlet reported, he was dead.

His family told the outlet that Valencia suffered brain injuries that led to his death in a hospital.

Joe Castro, a friend of Valencia’s who witnessed the fight, described the atmosphere to KLAS-TV as an “underground fight club” and said Valencia decided to participate in the event even though he had zero boxing experience.

Castro said that at some point Valencia collapsed and a brawl broke out. He said that amid the chaos, Valencia received no medical help. “I saw no medical, no doctors, nothing,” Castro said.

The referee appeared to be poorly trained, and Valencia received several fatal blows as the crowd kept cheering, a boxing expert told KLAS-TV after reviewing footage of the fight.

Nicholas Lasso, an attorney representing Valencia’s family, told The Daily Beast in a statement that a “preliminary investigation” revealed that “mistakes were made and safety precautions overlooked.”

“College students should not be placed in a situation where they are pitted against each other for combat,” Lasso said. “We will leave no stone unturned to determine how a 20 year old ended up in a school-sanctioned amateur fight that cost him his life.”

In a statement on Friday, Keith Whitfield, President of UNLV, put some distance between the university and the event, calling the boxing match an “off-campus event intended to raise money.”

Whitfield did not take responsibility for the event and its safety precautions, but said the university would be reviewing the incident to determine how future off-campus events can be “as safe as possible.”

The Las Vegas Metropolitan Police Department is investigating the incident. The police department did not respond to a request for comment.

The page described Valencia as having a smile that “lit up every room he walked into.” It also described him as an active member of his fraternity. “He had so much love for his chapter and valued the genuine connections he was able to make.”

As of Saturday afternoon the page had raised nearly $46,000 for Valencia’s family.

Read more at The Daily Beast.

Get our top stories in your inbox every day. Sign up now!

Daily Beast Membership: Beast Inside goes deeper on the stories that matter to you. Learn more. 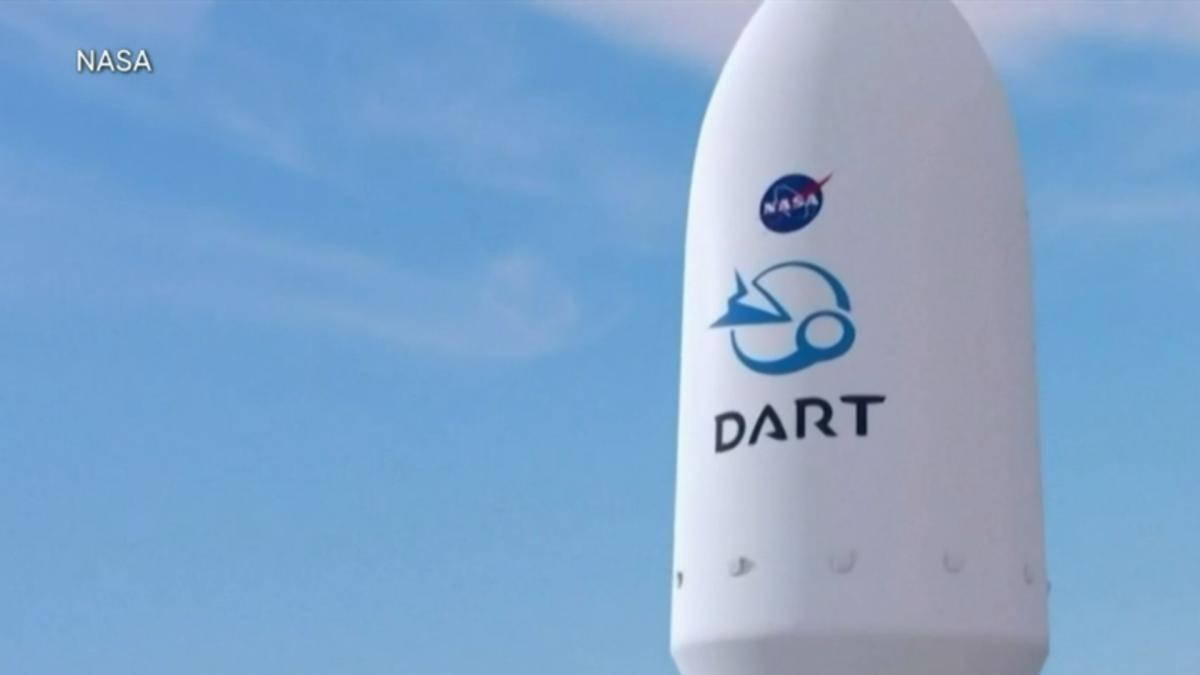 SEATTLE (AP) — Travell Harris rode on the shoulders of the crimson fans that engulfed the field. Jayden de Laura waived a version of Ol’ Crimson before spiking the unmistakable flag into the turf field.

Even Butch, the Washington State mascot, took his turn crowd surfing on the field at Husky Stadium.

After seven straight losses to its rivals, Washington State had a celebration to remember after the most lopsided Cougars’ victory in the history of the rivalry matchup against Washington.

“It’s special. Coug Nation deserves it, this team deserved it, the seniors deserved it,” Washington State running back Max Borghi said. “I can’t really put words into it yet, it hasn’t really sunk in. But holding that Apple Cup trophy is something we’ve all dreamt about and it was incredible.”

Borghi rushed for 129 yards and two touchdowns, and Washington State handed Washington a 40-13 defeat in the Apple Cup on Friday night.

The Cougars snapped a seven-game losing streak to their rivals, picking up their first win in the series since 2012 and first at Husky Stadium since 2007.

And the Cougars (7-5, 6-3 Pac-12) did it in grand, record-setting fashion with a dominant and complete thumping that left those in crimson rushing the field to celebrate while those clad in purple made an early move to the exits.

The 27-point margin of victory topped the previous high of 26 points when Washington State won 52-26 in 1973, a game also played in Seattle.

Borghi scored on a 32-yard touchdown run on Washington State’s opening possession and set the tone for the night. He added a 1-yard TD run in the third quarter and only the Cougars’ inability to finish drives in the first half kept the game from being even more one-sided.

The victory may have locked up the head coaching position permanently for interim head coach Jake Dickert, who was already receiving significant support for the job he’s done in the wake of Nick Rolovich being fired in mid-October. The Cougars went 3-2 in Dickert’s five games in charge.

And there could still be one more game to come besides a bowl trip for Washington State. If Oregon State can beat Oregon on Saturday it will be the Cougars as the Pac-12 North representative opposite Utah in the Pac-12 championship game next Friday in Las Vegas.

“They’ve given me everything they can and they stay together and they trusted each other. They’ve kept believing,” Dickert said. “It’s very fitting for these guys to go out there and to enjoy this moment to bring the Apple Cup back home.”

Washington (4-8, 3-6) capped its worst season since going winless in 2008. The Huskies were already assured of a losing record after last week’s loss at Colorado and their performance against the Cougars was bland and at times lifeless.

Highly-touted Washington freshman quarterback Sam Huard made his first start of the season as Dylan Morris was relegated to spectator for the season finale. Fans have called for Huard as the offensive struggles have continued all season.

Huard was put into a tough position and his performance matched his inexperience. Huard threw four interceptions, the last one a deflection that should have been caught by Devin Culp and was returned 28 yards by Armani Marsh for a touchdown, his second interception of the game.

Huard finished 17 of 31 passing or 190 yards. He threw the first touchdown of his career as Rome Odunze made a terrific catch for a 16-yard TD early in the fourth quarter.

“It’s been a crazy season,” Washington running back Sean McGrew said. “It would have been nice to end on a positive note but (stuff) happens and can’t change it now. It’s definitely sad.”

Washington’s streak of holding opponents under 36 points came to an end at 86. The last team to score 36 or more against Washington was UCLA in a 44-30 loss to the Bruins in 2014. It was the longest active streak in the country.

Washington: The Huskies are facing a major rebuild whoever ends up with the head coaching job after the firing of Jimmy Lake. Washington started the season in the AP Top 25 and will end with four straight losses.

Washington State: The Cougars will wait to find out if they’re playing in the Pac-12 title game or if a bowl game is their next stop.

Washington: The Huskies are scheduled to open next season at home vs. Kent State.

Beautiful sunsets across the US bring a thankful close to Thanksgiving The War on Thanksgiving Is America at Its Worst

GettyThe culture war doesn’t take Thanksgiving week off, and its two main participants aren’t big on giving thanks, anyway.The illiberal left wants to radically transform an inherently evil America that was founded on slavery and colonialism. The post-liberal right wants to forfeit the idea of liberal democracy, contending that modern America is weak, secular, and decadent.Let’s start with the left. On Tuesday, the Women’s March issued an apology for sending out an email noting that their averag 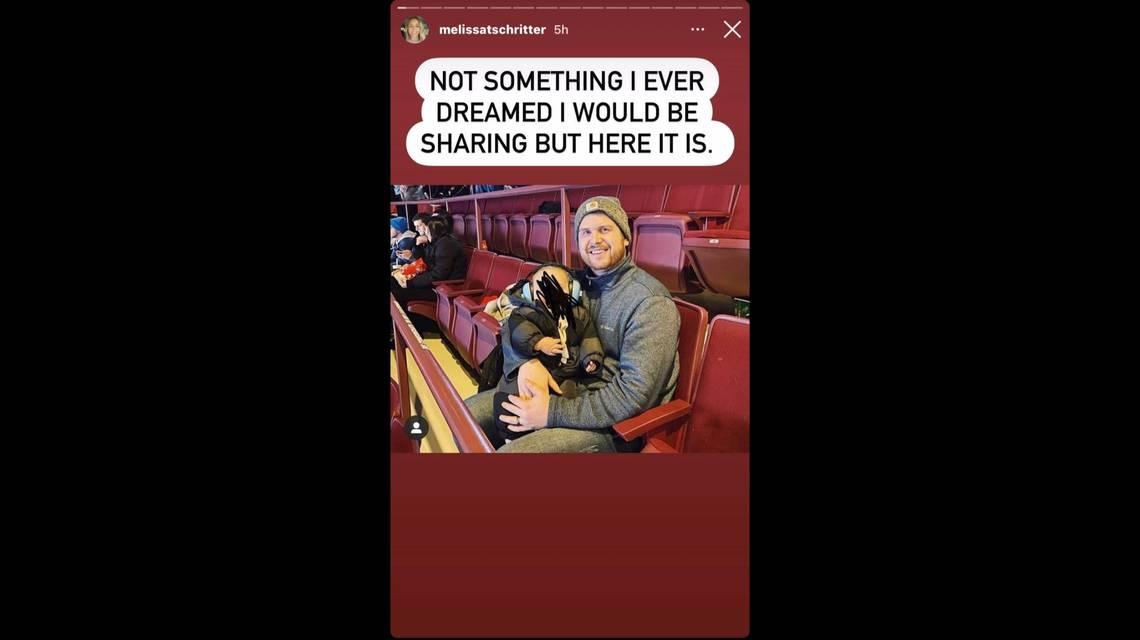 A 29-year-old Canadian man has been reported missing after traveling to Texas to see the Dallas Cowboys game on Thursday. According to a social media post by the man’s wife, he never showed up to the game.

Aaron Tschritter was last seen on Thursday leaving the Vinty Club, at 2810 Elm St. in Deep Ellum, around 3 a.m., his wife Melissa said in a social media post Friday. He was not in his hotel in the morning and did not show up for the game in the afternoon, she said.

Tschritter is 5 feet 10 inches tall and about 190 pounds with short brown hair and hazel eyes. He has a birthmark on his right forearm.

Tschritter has uncharacteristically made no contact with family and his phone is going straight to voicemail, his wife said. His family has checked his location, credit card statements and called 10 area hospitals for him with no luck, according to the post.

“We need everyone in Dallas to see his face,” Melissa said in her Instagram story Friday afternoon. “I need someone to come forward with a tip so we can trace his steps.”

A police report has been filed with the Dallas Police Department.

How could U.S. respond to new COVID-19 variant? Fractions aren’t enough of an answer to divisions – TechCrunch

What we know, and don’t know, about the car that plowed through a crowd at the Waukesha Christmas Parade

Will Smith says he borrowed $10,000 from a drug dealer after he went broke from not paying taxes

One chart shows the dramatic drop-off in ship tracking data from China. This could be a sign of a worsening global supply chain crisis.